Kabir Singh is an upcoming Indian Hindi-language drama film written and directed by Sandeep Vanga. It is a remake of his own Telugu film Arjun Reddy (2017). Jointly produced by Cine1 Studios and T-Series, the film stars Shahid Kapoor and Kiara Advani. It focuses on the title character, an alcoholic surgeon who goes on a self-destructive path after his ex-lover marries someone else. Principal photography began in October 2018, and ended in March 2019. The film is scheduled for a theatrical release on 21 June 2019.

Premise
Kabir Singh, a surgeon, goes on a self-destructive path after his girlfriend is forced to marry someone else.

Development
After the success of the Telugu film Arjun Reddy (2017), its writer and director Sandeep Vanga wanted to remake it in Hindi with Ranveer Singh. When it did not work out, he approached Shahid Kapoor. However, producers Murad Khetani and Ashwin Varde of Cine1 Studios, who acquired the remake rights for Hindi, wanted Arjun Kapoor to play the male lead. Disappointed, Vanga said,”I’ve come to know that the remake rights of Arjun Reddy have been sold and it would star Arjun Kapoor. I am caught in a dilemma, as I’ve already locked Shahid for the role. It’s a very embarrassing situation for me. I don’t know how I’ll face Shahid.” In April 2018, however, it was officially announced that Shahid Kapoor would star, with Vanga returning as director.

Bhushan and Krishan Kumar of T-Series also produced the film, while Vinod Bhanushali received a co-producer credit. The dialogue was written by Siddharth–Garima. Santhana Krishnan Ravichandran was selected as the cinematographer, and Aarif Sheikh as editor. Vanga was confident that the remake would be even more hard hitting than the original: “When I made Arjun Reddy, I wasn’t sure where to draw the line in terms of representation of certain things. I don’t think I’d have to restrict myself when it comes to the Hindi version. I believe I’ll have more freedom in Bollywood.” The film’s title Kabir Singh was announced on 25 October 2018.

Like the Telugu original, Kabir Singh too begins with a voiceover from the hero’s paternal grandmother, but this time she is reciting a Kabir Doha. There are also geographical changes; the remake is set primarily in Delhi and Mumbai. Instead of caste conflict as in Arjun Reddy, the heroine’s father takes offence to Kabir’s smoking and not being a turban-wearing Sikh. For the remake, Vanga said he deployed less English than the original. “I’ve also tried to retain the colloquial quality in the Hindi dialogue.” About the name Kabir Singh, he said, “There’s a lot of melancholy in the name Kabir and a poetic side too.” Vanga explained his reasons for choosing this as the film’s title: “When we started work on the Hindi script, it was a very exciting journey. Kabir Singh, as the protagonist’s name, came naturally, considering the character’s graph. Kabir Singh has the same punch and madness of Arjun Reddy.”

Casting
Although Kiara Advani was Vanga’s first choice for Preeti, things failed to materialise. Tara Sutaria was then announced as the female lead,[20] but left due to a delay in the filming of her debut release Student of the Year 2 causing scheduling conflicts. The makers then went back to Advani to play the role of Preeti, Vanga cited her performance in M.S. Dhoni: The Untold Story (2016) as one of the reasons. According to Vanga, “Kiara epitomises the female character in the film to the T. She has the perfect combination of innocence (in terms of looks) and maturity (in terms of performance) that’s so important for the character”. Arjan Bajwa was initially hesitant to play the male lead’s older brother, but accepted at the insistence of Vanga, for whom he was the only choice to play the character. Amit Sharma, who appeared as Amit in the Telugu original, was chosen to reprise his role.

The makers considered beginning the shoot in August, but it was delayed to September as Vanga wanted Kapoor to grow his beard more for the role. Principal photography eventually began on 21 October 2018 at Mumbai, four days before the announcement of the title. Kapoor dons three different looks for the film. Regarding this he said, “There’s a certain mind space and the present which the character is in and there’s also the past which he has been part of. Along with this, there’s the culmination. So, there are three distinct energies that the film needs.” He went through substantial workouts to portray Kabir Singh in two time periods; to achieve the character’s “college boy” look, he shed 14 kilos of weight, and for the “puffy, groggy alcoholic” look, he worked out in a way that he would look “bigger but not muscular”. Principal photography wrapped on 29 March 2019.

The soundtrack is composed by Mithoon, Amaal Mallik, Vishal Mishra, Sachet-Parampara (a duo consisting of Sachet Tandon and Parampara Thakur) and Akhil Sachdeva with lyrics written by Irshad Kamil, Manoj Muntashir, Kumaar and Mithoon. Harshavardhan Rameshwar composed the score. The song “Bekhayali” became a chartbuster even before its release, with several cover versions available on YouTube.[32] 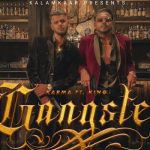 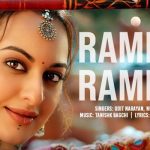 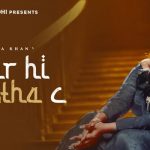 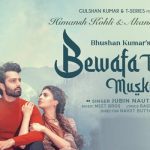 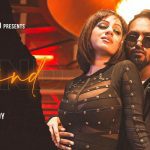 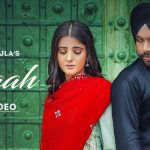 Everything you ever need to known about scarves